Wigan Trades Council has invited local MP’s and Councillors to join them in a local campaign to challenge the Government’s plans to reform the NHS. In letters sent today to MP’s and Councillors the Trades Council questioned the Council’s use of the term ‘savings’ in health provision and instead called the reforms ‘cuts’ to health provision which will  ‘devastate the infrastructure upon which so many people in Wigan depend now, and will depend on in the future.’
The Trades Council further argues that the ‘FURTHER, FASTER TOWARDS 2020 EXECUTIVE SUMMARY’ document that the Council and NHS have produced raises more questions than are answered. In this document the Council states that they will secure ‘…..the greatest and fastest possible improvement to the health and well-being of our population’. But, say the Trades Council, given that £15 billion per year is needed nationally just to bring average health spending in line with other European countries, and since the Council are looking at making £87 million in cuts locally, what is ‘possible’ can mean any number of devastating outcomes for local people.
In their letter to the councillors the Trades Council questions whether the Executive Summary document is an STP (Sustainability and Transformation Plan) as this is not clear and the Trades Council goes on to quote Julia Simon, the Head of NHSE Commissioning Policy Unit until September of last year who has said:
‘Everyone will submit to an STP because they have to, but it means there is a lot of blue sky thinking, and then a lot of lies in the system about the financial position, benefits that will be delivered – it is just a construct, not a reality.’ 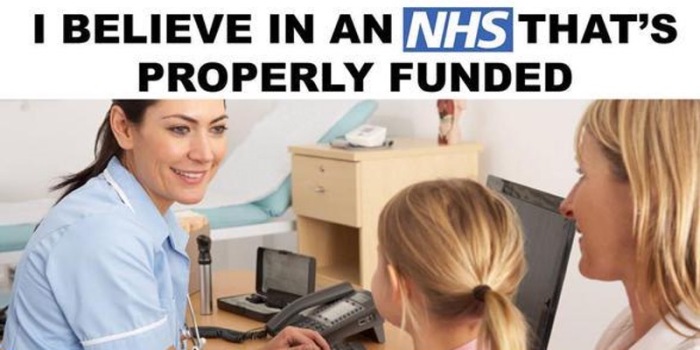 In their letter to MP’s the Trades Council has stated that ‘We are in danger of being led down the road of health care that President Trump is taking US citizens, with millions being deprived of attention simply because they can’t afford to pay; with hospitals competing for ‘customers’, ambulances competing for casualties and doctors demanding to see insurance certificates.’
In a statement to this paper Wigan Trades Council has said:
‘Other Councils and MP’s have challenged STP’s and the whole thinking behind the government plans to undermine and ultimately commercialise the NHS, leading local campaigns to highlight the impact of the cuts in the pipeline. We see no reason why our local elected representatives cannot do the same. Large numbers of people are completely unaware of the seriousness of the situation and the adverse effect on jobs and services we depend on. Our letters to MP’s and councillors are an invite to them to set aside any differences we may have over interpretation of government policy, and join with us in challenging all those who are either complicit or indifferent to the crisis we face in the NHS. The dangers of sleepwalking into a US-style nightmare are there for everyone to see.’

View all posts by Keep Our NHS Public Greater Manchester

A Message from Micheal Moore